Get our monthly email Cooking tips, delicious recipes, and special discounts—first week of every month Sign me up
We are supported by our readers. When you buy through links on our site, we may earn a commission at no cost to you.

Every year in the United States, 3 billion pizzas are sold. On average, this means that 350 pizza slices are sold every second. Clearly, pizza is one of America’s favorite foods. This simple and savory dish of Italian origin comes in many styles, shapes, and recipes. Yet there’s almost always one common denominator between them—cheese.

If you’re like me, you like to ask weird questions about food. And if you’re curious about when and why putting cheese on pizza became a thing to begin with, you’re in the right place. Pizza is one of my long-time culinary obsessions. So I’m going to share with you everything I know on the topic today.

Why must pizza have cheese?

Pizza as we know it today has fresh mozzarella cheese because that’s one of the three ingredients that Raffaele Esposito, Italian chef and owner of Pizzeria di Pietro e Basta Così in the 19th century, used when he created the Pizza Margherita in honor of Queen Margherita of Savoy.

According to the story, Queen Margherita of Savoy was on a visit to the Royal Palace of Naples on June 11, 1889. Someone from the palace had asked local restaurateur and renowned pizzaiolo Rafaelle Esposito to come up with a pizza in honor of the Queen.

At the time, pizza was a food that the citizens of Naples ate on streets and in taverns, and occasionally made at home. It was considered to be cucina povera, which translates as “cooking of the poor,” and was far from favored by the upper-class Italians.

Esponsito created the eponymous Pizza Margherita in honor of the Queen. The pizza was meant to represent il Tricolore, the Italian flag, with red from the tomato sauce, white from the Buffalo mozzarella, and green from the fresh basil leaves on top.

Queen Margherita allegedly loved the pizza created in her honor—and the patriotic recipe quickly spread throughout Naples and then Italy. Plain, symbolic, and delicious, Pizza Margherita quickly turned into the quintessential Italian pizza.

In 1914, World War I broke out in Europe. For one year, Italy managed to stay out, until the relationship with its neighbouring country Austria-Hungary deteriorated and it joined the Allied Powers along with France, Britain, Russia, and Japan.

After years of fighting and millions of deaths, the Allies won. For Italy, victory came at a great cost as the country was nearing an economic collapse. Though each of the countries who were part of the Allied Powers had challenges, Italy’s ruling class failed miserably at addressing those of their country.

With widespread poverty and fascism starting to gain ground in Italy, by the 1920s four million Italians had fled their home country, sailing across the Atlantic to make a new life for themselves and their families in the United States. Most of them brought a few clothes and a couple of cents or dollars in their pocket. Some carried a national treasure with them: the recipe for Pizza Margherita.

In 1905, Gennaro Lombardi used his experience as a baker in Naples to open Lombardi’s, the first licensed pizzeria in America. Lombardi’s is credited for the New York-style pizza that we all love today.

Slowly, pizza started to spread like wildfire across the U.S. In 1393, Pasquale (Patsy) D’Amore closed shop in Brooklyn and moved to Los Angeles, where he opened Casa D’Amore in Hollywood with his brother.

In 1949, the two also opened Patsy D’Amores (also known as Patsy’s) at the Los Angeles Farmers Market, where they sold pizza by the slice (which cost 20¢ a slice at the time).

Three years later in 1946 and 280 miles away, Gus Guerra turned a neighborhood bar into Buddy’s Rendezvous and decided to add pizza to the menu, putting the start to Detroit-style pizza.

The rest is history or, should I say, present. Today, there are countless styles of pizza, from Neapolitan and Neo-Neapolitan to New York, Chicago, Detroit, LA Barbecue Chicken, and Hawaiian pizza. The common building block for pizza across all of these styles continues to be cheese.

Which Cheese Is Best for Pizza?

When it comes to topping pizza, I have three personal favorites: fresh mozzarella, gorgonzola, and cheddar cheese. Here’s what makes them so special in the first place. I’ll also share my best picks with you in case you too like to shop for food online.

Fresh mozzarella is America’s favorite Italian cheese and the most classic ingredient for any pizza, regardless of style. It’s sold as balls packaged in a brine, whey, or water to keep the mozzarella ball tender and moist. 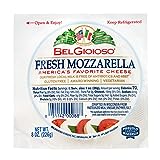 How to pair mozzarella with other pizza toppings:

Pair mozzarella cheese with pepperoni, sausage, pancetta, bacon, anchovy, capers, black olives, and green olives. It will balance out its saltiness and brininess with its mild taste.

Mozzarella is also a popular choice for making sweet Hawaiian pizza with pineapple.

Gorgonzola is an Italian blue cheese made from cow’s milk. It’s aged and cultured with Penicillium mold, which gives it a distinct smell and taste. It has a mellow, buttery texture, and a salty, slightly tangy flavor that comes from the blue mold. 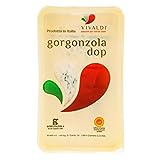 How to pair gorgonzola with other pizza toppings:

Cheddar is an English hard cheese made from cow’s milk. It’s also a highly-popular topping for American-style pizza. It has a sharp, slightly bitter flavor. The bitterness comes from the peptides, a type of amino acid, in the cheese. 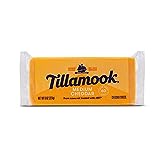 How to pair cheddar with other pizza toppings:

Can You Make Pizza Without Cheese?

Pizza chefs with wood-fired pizza ovens will make Pizza Marinara as the first pizza of the day to test if the heat of the oven is good enough for cooking the perfect pie. Typically, it takes them 2-3 pies of Pizza Marinara until they’re ready to make pizza for the customers.

We top pizza with cheese because that’s the Neapolitan tradition. But we also do it because it’s outright delicious. Whether it’s fresh mozzarella, tangy gorgonzola, or bitter cheddar cheese, there’s something about a pizza topped with melty, gooey cheese that no other food can give you.

But don’t be quick to dismiss no-cheese pizza. It can be the perfect light and airy snack on a hot summer day, especially if you season with it a good extra virgin olive oil and freshly-cracked black peppercorn.

What’s your favorite cheese to put on top of a pizza? Let me and the rest of this post’s readers know by leaving a comment below.

hcw Sign up for the Home Cook's Newsletter Get how-to's, delicious recipes, and kitchenware deals delivered to your inbox at the beginning of each month By subscribing, you agree to our privacy policy. Unsubscribe at any time.

Jim Stonos
Founding Editor
When Jim isn't in the kitchen, he is usually spending time with family and friends, and working with the HCW editorial team to answer the questions he used to ask himself back when he was learning the ropes of cooking.
More stories
Find your way around: